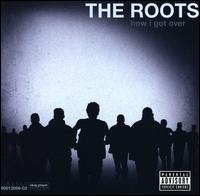 The Roots  – How I Got Over
We’ve always been able to count on The Roots to deliver top-notch, head-bobbing grooves and smart, fiery verses – they’re probably the most consistent outfit in hip-hop. But with How I Got Over, these guys haven’t just kept things fresh; they’ve upped the ante. A powerful, nuanced concept album about overcoming all that life can hurl your way, it thrills on first listen, and only becomes more rewarding the more you hit repeat. By masterfully blending their two main stylistic approaches – warm, Native Tongues beats and chilling, confrontational synth-funk – the band is able to paint a thoroughly convincing picture of self-doubt evolving into self-confidence. Black Thought rattles off a laundry list of natural disasters over the gloomy piano chords of “Walk Alone,” but by “The Day,” guest vocalist Blu is looking in the mirror and realizing, “I should start living today.” Moving stuff, in both senses of the word.

Helmet – Meantime
For teens in the early ’90s looking to project their deeply falsified angst on something harder and snarlier than Nirvana, Helmet fit the bill quite nicely. Mixing the mammoth riffage and clipped shouts of guitarist/singer Page Hamilton with drummer John Stanier’s deep-in-the-pocket breaks, Meantime was loud, nasty, groove-based hardcore, a sound that hurts just as good almost 20 years later. Sure, there’s plenty of pain-obsessed Trapper Keeper poetry – Hamilton’s jealous cheerleader screams of “You’re better … die!” being the lowest point. But the guitars are so punishing, and the rhythms so gut-punching, they would smother any attempt at refined lyricism like the runt of a litter.

Of Montreal – False Priest
Of Montreal’s evolution from romantic freak-folkies to dance-pop aphrodisiac junkies has been one of the most remarkable musical transformations of the last decade. But its last record, 2008’s Skeletal Lamping, started to show the downside of such a carefree approach to musicmaking – overlong and relentlessly in-your-face, it was proof that there can indeed be too much of a good thing. Thankfully, the band’s 10th album, False Priest, has the distinct aura of a steadying hand – uber-producer Jon Brion. Bandleader Kevin Barnes continues to explore rubbery synth funk soundscapes and hyper-sexualized lyrics, but this time around, a heavy R&B influence keeps everything in check. The opening “I Feel Ya Strutter” is as much Motown as Studio 54, setting some wonderful piano chord changes against Barnes’ wild vocal jaunts. “Like A Tourist” is a delirious bit of 21st century disco, an addictive, clipped guitar pattern anchoring it to solid ground. And the guitars of “Coquet Coquette” attack with brute force, a dash of White Stripes simplicity that spices things up more effectively than any chaotic ProTools pastiche.