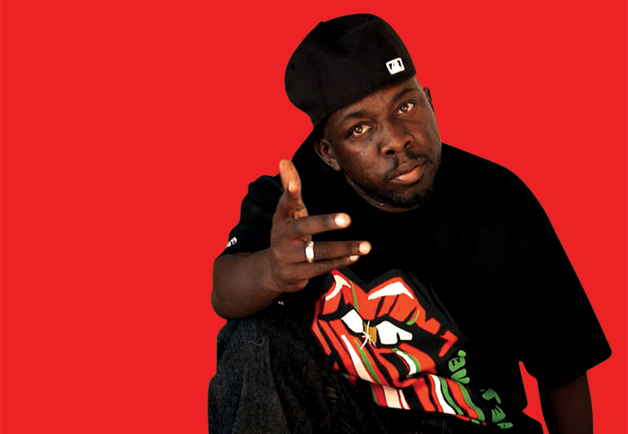 In 1994, I was hanging out in a friend’s room, listening to CDs. After I went down the list of my favorite artists at the time – all of them white men with guitars – I said something heinous about “real music with instruments” and how rap was an illegitimate art form in comparison. It wasn’t hard, anyone can do it … you know, the stupid, racist Sam Kinison argument.

My friend responded not with anger, but by saying “Yeah, I used to think that way. But then I realized it was more important to have fun.” And he put on a song called “Scenario,” by A Tribe Called Quest. And then I asked him to play it again.

The first rhymes on “Scenario” – the first rhymes on the first rap song I ever fell in love with – were performed by Phife Dawg, who died today at 45. You don’t need to remember the “Bo Knows” Nike campaign to understand the phonetic brilliance of “Bo don’t know jack / Cause Bo can’t rap,” to tap into the energy invested in those words. Phife (given name Malik Taylor) will always be remembered as a sidekick, as the perfect foil to ATCQ founder and visionary Q-Tip. He was the gruff realist who perfectly countered Tip’s buttery smooth poetry. But to me, he was an artist with no need for context. This was no hype man. Phife was “The 5-Foot Assassin,” whose verses were clever, funny, and perfectly undulating. He had swagger, but in an utterly positive way. “Here’s a funky introduction of how nice I am,” he boasted on “I Left My Wallet in El Segundo.” He’s the only rapper in history who could believably talk shit about being nice.

When I moved to Stephen King’s home state of Maine in 2013, I thought it would be fun (if a bit cliché) to finally read his books in earnest, and discover how I really feel about his work. For this installment, I read my first collection of King short stories – 1993’s Nightmares & Dreamscapes.

I work in a building with a small bathroom to employee ratio. After a year or so of stilted urinal conversations and close-quarters crapping, I discovered a hallway I hadn’t been down before. It led to the perfect men’s room – one stall only, off the beaten path, subtly effective air freshener. When the stall is free, life is good. But when it’s occupied, and I see the shoes of the guy who beat me to the punch, it feels like defeat.

Few writers could spin something memorable out of this mundane bit of oversharing. But with “Sneakers,” Stephen King essentially does just that. It’s one of my favorite short stories in his mammoth 1993 collection Nightmares & Dreamscapes, in which an up-and-coming record producer keeps seeing the same pair of sneakers, in the same stall, on every bathroom break. The more it happens, the creepier things get – and that’s before the flies show up.

Before I continue expressing my newfound love for bite-sized King, this disclaimer: I have yet to tackle any of the author’s longest books (including The Stand and It, both more than 1,100 pages), so I can’t give the most informed opinion on the King short story vs. King novel argument. But I think I can definitively say this – his short stories are more fun.

The first four entries in Nightmares & Dreamscapes make for an exhilarating ride. I flew through them in one fevered sitting, marveling at the intensity and versatility on display. Over the course of just 135 pages, we get a gripping, “Tell-Tale Heart”-indebted mob revenge story; a harrowing cautionary tale to scientists who think they can solve the world’s problems; a creepy-kid horror piece best avoided by rookie teachers; and a brilliantly pulpy vampire story that involves a tabloid writer, small-town airports, and buckets of you-know-what. It’s a perfectly paced assault of sledgehammer-blunt ideas, hurtling relentlessly to their endings. King relishes the chance to spin these yarns. You can see the glint in his eye as he dangles us over the precipice, hinting at what’s to come and ensuring you will most definitely not stop reading until you know as much as he does. Take this passage from the third story, “Suffer the Little Children”:

“Miss Sidley frowned after them, reflecting that children had been different in her day. Not more polite – children have never had time for that – and not exactly more respectful of their elders; it was a kind of hypocrisy that had never been there before. A smiling quietness around adults that had never been there before. A kind of quiet contempt that was upsetting and unnerving. As if they were …”

This moment is one of several that made me think if King had been born a few decades earlier, he would’ve fit right in with Serling, Matheson and Beaumont in the Twilight Zone writer’s room. But that would be discounting the majority of his work, which attempts to give its characters and themes as much physical and historical context as possible. The half-hour episode grind would’ve driven him mad. In this book’s charming, conversational introduction, King addresses this issue head on, admitting that “everything wants to be a novel, and every novel wants to be approximately four thousand pages long.” He sounds weary of the subject, of having to respond once again to.critics who regard “generosity with suspicion.” Every time he writes a great short story, he’s proving a point that he disagrees with. Props to him for just doing it anyway.

If Nightmares & Dreamscapes kept its initial momentum going throughout, it would really be something special. And it comes close, thanks to a finger that comes out of a drain, a fiercely loyal pair of chattering teeth, and a group of smokers who uncover a conspiracy that involves hideous bat-people. But it’s just too odds-and-endsy to truly hold together, capsizing at the end under the weight of several writer’s exercises – a Sherlock Holmes story runs into a Raymond Chandler homage, which gives way to an essay about his son’s Little League baseball team (the book’s only true WTF moment).

Still, I had the best time reading it. And I think that’s exactly the kind of review that King would hope for.

THE “CATCHING UP WITH KING” RANKINGS