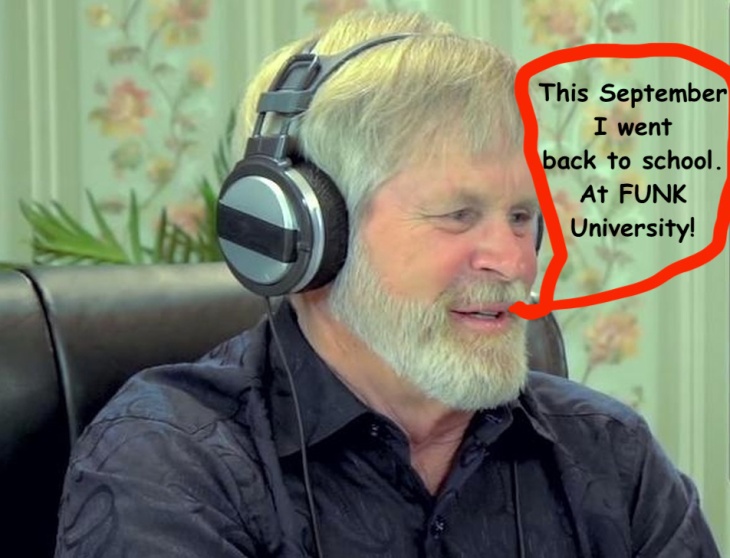 Here are my favorite tracks from September 2019, the month in which the temps started dipping, it got easier to sleep at night, and it became socially acceptable to make chili again. I am going to make pounds of chili, and it will be just for my wife and me. STEP AWAY FROM THE LADLE. BAD!

A luminously sad banger from two of the PC Music collective’s fiercest talents. As Diamond sings about the imprints we make on one another, Harle’s dreamy xylophone leaves its own indelible mark.

This intense British emcee invites one of America’s finest to shred syllables over a diabolical, Bernard Hermann-sampling beat.

Of all the compelling ways this country visionary has bucked the Nashville establishment over the years, this ZZ Top Eliminator cosplay is the most fun.

Over a stripped, claps-and-bass groove, this Manitoba singer/songwriter laundry lists her fears. Taking musical risks is not one of them.

Danny Brown is one of the best rappers alive, and his new Q-Tip-produced LP is imminent. If it’s as loosely confident as this track, we might have to lose “one of.”

It’s extremely reassuring to learn that, at 74, Van still sounds like Van. Buoyant, just a little bit restless, and hopeful as the morning sky after a rainstorm.

On the theme song to the new Black-ish prequel, Mariah Carey also takes a look back – to that carefree, roller-blading-in-the-sunshine, “Fantasy”-era sound.

I’ve never met a chugging Motorhead riff I didn’t like.

Charli XCX’s brand of delirium-inducing club-pop often sounds best at full volume. On this majestic synthed-out ballad, the artist confesses why: “I hate the silence / That’s why the music’s always loud.”

Sometimes an artist releases a song so epic, so overwhelmingly emotional, so technically awe-inspiring, that it can’t go anywhere but at the end of a mix. Like “Lark,” which rises from folk murmurs to orchestral eruptions, like the ocean engulfing a volcano.

So here we are, gang. Ten albums left. Can you believe it? It’s only taken me eight years to get here! EFFICIENCY. These next five LPs certainly meant a lot to me as a mumbling high school and college student who smelled weird because he’d never learned to wash properly.

In 1991, it was getting harder to disregard rap music as a fad. A year earlier, “Ice Ice Baby” and “U Can’t Touch This” gave the world a preview of the genre’s inevitable crossover dominance. (On the day I’m writing this, 9 of the top 20 songs on the Billboard Hot 100 come from rappers.) A Tribe Called Quest was decidedly not celebrating this. “Rap is not pop / If you call it that, then stop,” scolded rapper/producer Q-Tip on the Queens trio’s second LP. Here were young artists on the cusp of stardom, who had already landed a hit by sampling “Walk On the Wild Side,” abandoning that path and consciously pursuing a different type of hook – anchored in the syncopations of jazz and the pentameters of poetry. “Don’t you know that things move in cycles?” Q-Tip asks his father on his iconic opening verse, openly acknowledging that this new and exciting genre was indebted to the record and book collections of generations past. And with this bold, anthropological mission driving them, Tribe recorded some of the wisest, funkiest, most sweepingly joyful rap songs in history. Tip and the forever-underrated Phife Dawg trade bars about everything from growing up together to dealing with psychotic A&R guys, giving other artists a blueprint for their own careers. They were never pop stars as a result. They’ll just have to settle for being legends. 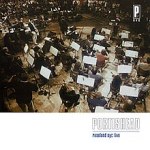 Of the handful of James Bond movies I’ve seen, my favorite parts are the songs. A talented vocalist belts their guts out, their voice trembling with emotion, the minor-key arrangement inevitably boiling over with a scalding spray of brass. Then the director credit fades, along with that feeling. Because James Bond is about as passionate as a cold shower. The Terminator feels more. A love of Bond themes was central to the aesthetic of Portishead, the Bristol trip-hop pioneers who combined throwback ’60s horn and string charts with blasts of synthetic noise and head-spinning displays of record scratching.  But it was singer Beth Gibbons that made the trio so much more than a formula. She approached these songs like a self-aware Shirley Bassey, who knows that these intense feelings are unrequited, marveling at the energy she can muster for one so undeserving. And Live from Roseland, NYC is the ultimate document of her achievement. Backed by a full orchestra, which gives Portishead’s ambitiously cinematic sound the dynamic scope it deserves – from whispering strings to trammeling trombones – Gibbons sings with the concentrated energy of a spirit trying to move something corporeal. “I can’t hold this day / Anymore,” she bemoans on “Over,” as a lone guitar delivers a two-note eulogy. By the end of that song, its singer is wailing; the orchestra is at triple fortissimo; the DJ is scratching like there’s bugs in the vinyl. And we are both shaken, and stirred.

The soundtrack album for the film Magnolia – Paul Thomas Anderson’s indulgent masterpiece about the intersecting lives of despairing Californians – contains tracks from four different artists. Yet it’s credited, right there on the cover, to Aimee Mann. This is entirely appropriate, because Anderson has admitted that Mann’s lyrics heavily influenced these stories. At one point, Melora Walters’s character delivers the first line of “Deathly” in conversation: “Now that I’ve met you / Would you object to / Never seeing each other again?” That line is peak Mann, untangling the complicated internal lives of the victimized in a handful of syllables. Like the movie, she makes sure to let pinpricks of hope shine through over the course of nine tracks, making the sadness ring even truer. The richly layered folk arrangements have the color palette of a sunset – nuances of warmth form a halo around Mann’s steady, reassuring voice. And songs like the Oscar-nominated “Save Me” express a stubborn, foundational belief in romantic alchemy – broken hearts can find understanding souls. And when they do, they fuse together to create something new, and strong, and good. The balance of the Magnolia soundtrack is also spot-on – a pair of Supertramp classics about self-actualization and its aftermath; the cheerful self-help R&B of Gabrielle’s “Dreams”; the fairy-tale malaise of Jon Brion’s theme. But this soundtrack belongs to one person, who suspects they could never love anyone, singing songs that will immediately appeal to anyone who ever has.

When Motown label head Kedar Massenburg introduced the term “neosoul” to describe artists like D’Angelo and Erykah Badu, it was marketing at its emptiest. And most successful. “Neosoul” records, of which Baduizm remains the gold standard, were actually “retrosoul” records – summoning the organic warmth of ’70s Motown while supposedly slighting the slick, rap-influenced R&B that was ruling the charts. It was a white lie to make traditionalists feel like they weren’t out of touch. Lulled by Badu’s nightclub jazz arrangements and laconic, Billie Holiday drawl, they probably never picked up on just how much this Dallas singer, songwriter and iconically headwrapped Soulquarian loved hip hop. “You rush into destruction cause you don’t have nothing left / The mothership can’t save you so your ass is gon’ get left,” Badu sings with the swaggering syncopation of a rapper, on Baduizm‘s first single, “On & On.” This quiet confidence propels her performance throughout, as she dismisses those who dismiss her intelligence, confronts a guy who tries to roofie her, and wrestles with the risks of loving a drug dealer. Her songs and the way she sings them elevate the midtempo jazz vamps that are Baduizm‘s stock in trade. Also like a rapper, she turns to bass lines for guidance, wrapping her syllables around them until they become indelible earworms. In the process, Badu made an intergenerational soul album that reassured her elders, inspired countless rappers, poets and R&B singers, and wove a spell that holds to this day. It was something new, after all. 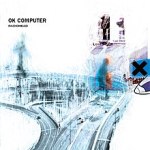 Countless rock bands have written songs about life on the road. Because touring is what bands do, and you write about what you know. But no artist has used their experience on tour to communicate larger metaphors as effectively as Radiohead did on its third album. Singer/songwriter Thom Yorke mined some terrifying and disorienting travel experiences for material, resulting in songs about car and plane crashes, insane thoughts in tight spaces, and grabbing your bags before dawn in a panic. “Transport, motorways and tramlines / Starting and then stopping / Taking off and landing / The emptiest of feelings,” he observes. But this is not an album about airports. By taking that odd sense of disconnection we feel while traveling and applying it to our relationships with our bosses, political representatives, and inner selves, OK Computer tapped into a creeping cultural malaise that would eventually overtake us. Listening today, its themes resonate as strongly as ever, pulled from the brink of fatalism time and again by the music, which is as towering and tender as the band has ever sounded. The six-minute anti-capitalist epoch “Paranoid Android” shifts from buzzsaw guitar screaming to a spine-tingling choral breakdown, giving Gen X its own “Stairway to Heaven” moment in the process. On “Let Down” and “Subterranean Homesick Alien,” Jonny Greenwood’s clean guitar sounds wash over Yorke’s dour observations like cleansing foam. And the arrangement on “No Surprises,” featuring a major-scale glockenspiel loop that could just as easily have been whistled, sounds like brainwashing feels – just a little too perfect. As a result, Radiohead made an album about hopelessness that achieved unforeseen levels of melodic uplift. Like a plane that’s just left the ground, it’s a miracle. One that doesn’t give us much room to breathe.