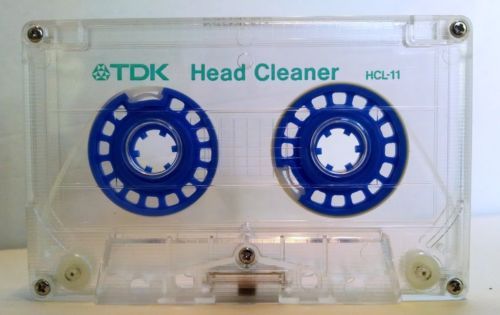 Some incredible things happened in June 2020. Protests against government-sanctioned hate swelled to unforeseen global heights, raising awareness of insidious systemic racism in the minds of the privileged. City councils voted to defund police departments. Statues honoring racists were torn down.

Also in June, fiery antiracist poetry entered our lives at just the right time. Songwriting legends reflected on love and marriage and divorce. And a resurgent diva reminded us that disco will never die. These songs might not change the world, but they’ll make a pretty good soundtrack for this harrowing, electrifying, emotional summer.

2. Run the Jewels ft. Gangsta Boo – “Walking in the Snow”

Black people are murdered by police so often, a rapper can write lyrics about a specific atrocity and chances are it’ll apply to others by the time the track drops. Like Killer Mike’s explosive verse on “Walking in the Snow,” written before George Floyd’s death:

And everyday on evening news they feed you fear for free
And you so numb you watch the cops choke out a man like me
And ’til my voice goes from a shriek to whisper, “I can’t breathe”

If you’re a fan of cheerful, high-energy grunge hooks, well then Bully for you.

An undeniable “Two of Hearts” synth line brings us behind the velvet rope at an ’80s discotheque, where the chorus froths over like champagne.

“Lot of people gone / Lot of people I knew,” admits a 79-year-old legend over the low, reassuring hum of his backup singers, who coax him to admit that he’s in love, even now, at the end of the road.

“Posture of a pastor with his sheep / Planting hella seeds,” spits this Sudanese-American emcee over a mournful, trance-inducing guitar loop. So grateful to be in the congregation.

A year after crafting the best album of 2019, Bill Callahan is unexpectedly back: driving newlyweds around in his limo, reflecting on the universality of marriage, and doing his best Johnny Cash impression. We do not deserve this.

A brain-liquefying display of technical death metal riffage, with rapid-fire note clusters that scamper down your ear canals like gremlins infiltrating a spaceship.

Burbling, chart-baiting dance-pop with a chorus that gives a middle finger to the police.

Can a break-up song be romantic? The opener of Neil Young’s long-lost, finally released 1974 LP Homegrown certainly comes close. Over a trademark guitar and harmonica arrangement, Young celebrates a love gone by with stark, open-hearted tenderness.

“Love is the new money / I’m mentally wealthy,” posits Teyana Taylor on this buoyant R&B singalong about what really matters. When Lauryn Hill appears to share her own hard-won perspective on the emptiness of financial success, it feels like a torch being passed. 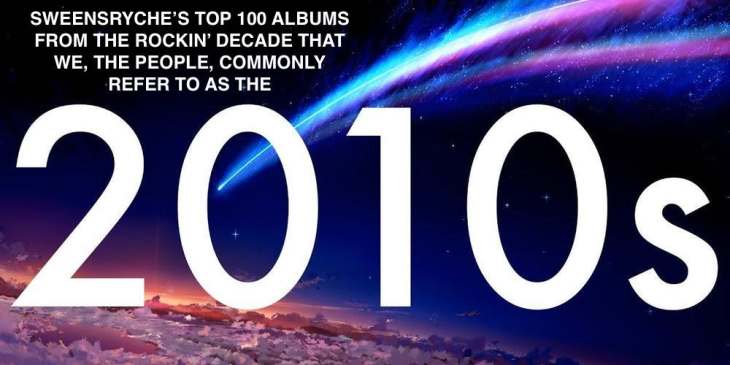 Here are entries 85-81 in my arguably pointless countdown of my 100 favorite albums from the past 10 years. We’ve got some mesmerizing R&B fan letters, a fire-breathing emcee at the top of his game, the greatest metal band of all time, a visionary hip-hop boy band, and one of the 21st century’s most popular (and reviled) groups. 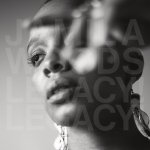 The second LP from Chicago R&B singer Jamila Woods was a concept album about her influences that includes homages to poets, actors, authors and painters. “What is it with these independent men? / It’s always something / Threatening your masculine energy / You think it’s fleeting,” Woods croons in her laid-back tenor on a song dedicated to the iconoclastic funk genius Betty Davis. You can feel the lessons Woods has learned from Davis, who famously had to put up with Miles Davis’s bullshit, subsumed in this music. Other tracks are dedicated to Muddy Waters and his resistance to appropriation; Nikki Giovanni and her defiantly triumphant poem “Ego Tripping”; Eartha Kitt and her refusal to compromise. Musically, Woods continued down the neo-Badu R&B path she started on her 2016 debut, coasting on the fluidity of the drums and bass lines until we were damn sure we must be floating. Her voice is never showy, and it doesn’t need to be, hitting the notes with a confident grace, borne up on the vision, ability and audacity of those who showed her how. 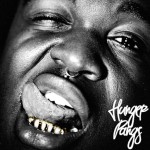 Every time another gorgeously produced triumph showed up on DatPiff in the 2010s, the line separating hip hop mixtapes from studio albums got thinner and thinner, to the point where it has pretty much vanished. But one listen to Hunger Pangs and we knew we were hearing a tape. The beats are jagged and guttural and loud. The songs are short, muscular, and barely interested in choruses. Whitney Houston’s between-song banter is utilized as a coda with no concern of legal action. And the Atlanta-based emcee just absolutely goes off, tearing apart every verse like a gymnast with buzz saws for arms. Cakes da Killa was no stranger to tape brilliance, but Hunger Pangs was a whole new strain of adrenaline. While Run The Jewels deservedly got a lot of praise in 2014 for inspiring us to run through walls with their molotov cocktail of a second album, no rapper in that year could quite match Cakes’s energy. Just listening to one of his verses from “Just Desserts” or “It’s Not Ovah” should qualify as an hour of cardio. “Coming at n—-as like an avalanche,” he spews, not even coming close to hyperbole. 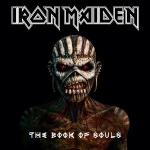 Of all the fascinating moments from the 2009 Iron Maiden documentary Flight 666, nothing compared to the footage of a Brazilian fan who had just caught one of Nicko McBrain’s drumsticks. He stands awestruck, unaware of the camera, tears of gratitude streaming down his face. It’s a feeling I could relate to when listening to the band’s excellent double-LP The Book of Souls, because it shimmers with the commitment and energy of a band half its age. While never straying from that classic Maiden formula – dramatic intro, triumphant gallop, insanely catchy solo, repeat – The Book of Souls avoids nostalgia though the use of a panoramic lens.  The two best songs on the record are also the two longest songs in the entire Maiden catalog. “The Red & The Black” especially slays, its chorus a fist-pumping “whoa” that makes we wish I was in a stadium, expressing my gratitude loudly. 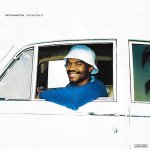 In the summer of the first year of Donald Trump’s presidency, the self-described hip hop boy band Brockhampton filled up three mixtapes with enough personality and emotional honesty and creative left-turns to make even the grumpiest pessimist feel hopeful about our next generation of leaders. If the first Saturation was like hearing young wizards beginning to master their power, the second is where they start wielding their magic for real. Saturation II finds bandleader Kevin Abstract and producer Romil Hemnani zeroing in on a shared vision that transformed the club into a confessional booth. These rappers had no qualms getting shit off their chests, whether it was over a playful party-ready beat or a laconically strummed electric guitar. It’s compulsively listenable music, full of instantly memorable choruses and effective, cathartic verses. How they made a record featuring seven rappers feel this light is beyond me. 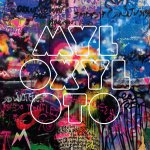 If you already hated Coldplay, their fifth album wasn’t gonna change your mind. But as somebody who has always been a sucker for the band’s sweeping choruses and earnest (some would say naive) belief that romantic love is an engine of hope for the world, Mylo Xyloto had me digging in my heels as a fan. For the first time since its melancholy debut, Coldplay went after a concentrated aesthetic concept – to marry their arena-baiting alt-rock elements with those of modern pop and R&B. And with the help of their best collaborator, producer Brian Eno, they got the concoction just right, foregoing the usual piano balladry for shimmering synthesizers and throwing a bigger spotlight on Jonny Buckland’s dynamic guitar playing.  “Princess of China,” a duet with Rihanna, was a microcosm of this mini-evolution, aiming for Billboard charts, festival stages and crowded dance floors, without ignoring the band’s forever-polarizing lovestruck roots. The lead single, “Every Teardrop is a Waterfall,” was pretty much a middle finger to all the critics of Chris Martin’s lyrical clumsiness – an un-ironic Afropop-flecked singalong about soaring walls together to overcome despair. If that description doesn’t make you roll your eyes, you might be a Coldplay fan.

For my entire life, I have surrounded myself with White people. Growing up in the suburbs of Buffalo, I could count the number of my Black classmates on one hand. After watching the LAPD beat the shit out of Rodney King, I was not compelled to reach out to any of them.

When it came time to go to college, I chose an even less diverse place – a small Franciscan college near the Pennsylvania border. I did not care at all about Saint Francis. But I certainly cared about feeling comfortable.

Since then, I have chosen to work for five overwhelmingly White companies. Because I rarely heard racist things, I therefore believed these were non-racist places.

A year after Trayvon Martin was murdered for being Black and wearing a hoodie, I chose to move away from my hometown with my wife, who I adore and who also is White. I suggested Maine – quite literally the whitest state in America. I love Maine; the nature is gorgeous. But from the perspective of my awareness of racial injustice, this was like a caterpillar deciding against becoming a butterfly and lining its cocoon instead.

For the last 20 years, I have felt compelled to write about music, and a lot about hip-hop specifically. In 2002, I wrote my first-ever “column” in a local rag about why suburban kids like me love rap. Using the “family values” conservative and noted rap-hater William Bennett as a straw man, I wrote, “The more you try to hide a culture, the more we want to be a part of it.”

But I clearly never wanted that. As I write this, 18 years later, it is from that same deafening cocoon of White privilege. A place where opportunities fall in my lap. Where I never have to fear physical harm. Where I rarely see Black faces, but seek attention for writing about Black artists. When a Minneapolis police officer casually murdered George Floyd, keeping his hands in his pockets as his victim cried for his mother, I was getting buzzed on craft beer and enjoying a fire in my backyard – where almost all of my neighbors are White.

My racist preferences have perpetuated a racist system. I haven’t had to do anything to be complicit in this system, because it’s got centuries of fuel in the tank – a despicable legacy of murder, rape, and rank dehumanization. Black people have always known this of course. They’ve been pointing at it, screaming at us to at the very least acknowledge it.

So here I am, doing the very least. I wish I had some big reveal to share here. I have donated some money. I am pushing for antiracist policies at work. But I haven’t been to a protest. I remain part of the problem, no matter how much that makes me want to throw up.

I finally see the walls of privilege that racism has built for me. If you feel like giving me credit for this, please wait until I have burned them down.