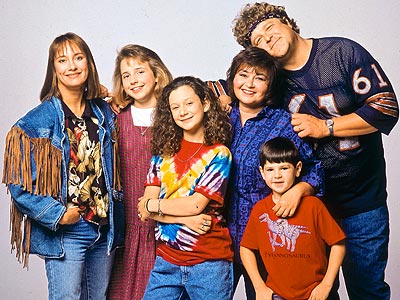 About a month ago, the magical, free-time-sucking beast that is Netflix’s “Watch Instantly” feature entered my life. As a result, I am reading less, getting seriously disoriented every time I have to go outside, and watching shit like “Legends of the Fall” – now, those Anthony Hopkins stroke-induced facial paralysis scenes are only a click away.

The upside? “Watch Instantly” offers all nine seasons of Roseanne, an example of the rarest thing you’ll ever see on broadcast television – a sitcom that is both wickedly funny and disarmingly realistic. As I started to retrace my steps through the Conner family saga, I wondered if it would still hold up after 20 odd years. Fact is, at its best, the show’s probably even more relevant today, thanks to a markedly un-gimmicky comedic formula. This isn’t a show about middle class Americans with jokes thrown in – the stresses and struggles actually set up the zingers, positioning Rosie and her brood as the kind of people who find their strength through their sense of humor. Instead of wacky misunderstandings, the hilarity stems from the stress of tax day, having a snot-nosed teenager as your boss, and telling your daughter that she doesn’t have a college fund. And as well-crafted as it all is, none of it would’ve translated without such a talented cast – John Goodman and Laurie Metcalf both turn in nuanced, honest and hilarious performances, giving Roseanne a foundation that allows her to just be herself, delivering sarcastic put-downs with a skill that’s yet to be matched by any sitcom star.

After the first five seasons, the writers started to stray from the formula, but some of these diversions are fun, especially a pair of season 7 clip shows that includes Roseanne comparing notes with June Cleaver, Ruth Martin and Norma Arnold, much to their dismay. The drama starts to get laid on a little thick when Dan’s father issues get the best of him, and Darlene’s on-again off-again relationship with David becomes a bit of a bore. But what more could you expect from a show in its seventh, eighth and ninth seasons? The only thing that’s tough to forgive was the temporary replacement of Lecy Goranson, the actress who played Becky, with Sarah Chalke during seasons 6 and 7. It’s never good when shows do this, and especially bad when the new performer changes the way the character behaves – Goranson’s Becky was smart and argumentative; Chalke’s was quiet and passive.

Much has been made of the final season’s lottery storyline and meta-confessional finale, and for good reason. It went against everything that made the show unique, and more importantly, the jokes just weren’t as funny. But taking this journey with the Conners for a second time, rooting for them as they take one step forward and two steps back through season after season, it still feels good to see their dreams come true. 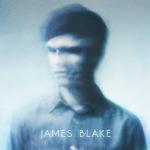 The cover of James Blake’s debut album is a nice bit of synesthesia – a portrait of the artist soaked in icy blue undertones, his face blurred to the point where he’s looking at you from two different places at once. It’s the perfect visual interpretation of Blake’s voice on this record, a silky, soul-inflected alien in a purely electronic world. On “The Wilhelm Scream,” it’s rich and full, dancing lightly over atmospheric synths; on “Lindesfarne I,” it’s distorted and chilling, comparing hope to kestrels through washes of pitch correction. Blake pines for happiness throughout, over distant, subterranean electronics that belie his optimism. It’s a Sade album for a Terminator future, where a singer clearly has soul, and the machines try to strip it from him every step of the way. 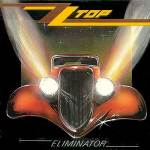 The trio of Gibbons, Hill and Beard were always thinly veiled rip-off artists, but they tended to be damn good at it, fusing John Lee Hooker’s riffs and attitudes with the kind of classic rock hooks that fit snugly on the Dazed and Confused soundtrack. On Eliminator, those mainstream tendencies completely took over, and it was a blessing. By polishing up their guitar sounds and throwing some love songs into the mix, ZZ Top found the balance they needed to make a great record. Instead of sounding like a guy who’s bullshitting his buddies, a la “I’m Bad, I’m Nationwide,” Billy Gibbons sounds sincere in his appreciation of legs, suits and TV dinners, letting his guitar do the bragging with one indelible riff after another – “Gimme All Your Lovin’,” “Got Me Under Pressure” and “Sharp Dressed Man” is one of the strongest opening sequences in ’80s rock. 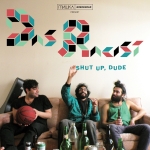 The second mixtape Das Racist released last year, Sit Down, Man, was a Discman constant for me, along with the Wallpaper remix of their corporate homogenization novelty song “Combination Pizza Hut and Taco Bell.” Now that I’ve circled back and picked up their debut mix Shut Up, Dude, it’s crystallized in my brain – few things are more fun these days than listening to these guys. The lyrics might be delivered with a stoner’s irreverence, but they’re meticulously packaged blasts of verbal candy, delightfully off-kilter (“We can eat gruyere as if we care/We can eat Roquefort, or we can kick it like Rockport”) and rich in pop culture (references include Saved By the Bell, Tim Meadows, The Land Before Time, Look Who’s Talking Now and Jake Gyllenhaal). And given that it’s a mixtape, Das Racist can rap over anything, whether it’s a choice Madlib beat or a hyped-up slice of Billy Joel’s “Movin’ Out.” The result is mischievous, way smart and party ready, and a reminder of how much fun rap is when it doesn’t have to worry about intellectual property law.