Even though there were nine talented rappers vying for our attention on Wu-Tang Clan’s debut album, it was clear that Method Man was the one being pegged for a solo career. But while Mr. Meth did deliver that first Wu solo record, it was Ol’ Dirty Bastard who delivered the first Wu solo masterpiece. In hindsight, this was far from a sure thing. Because while every ODB verse on Enter the Wu-Tang is a gem, part of his impact came from the way he recklessly exploded onto tracks, spilling jet fuel in his wake. Not exactly the formula for anchoring a 15-song album. Except Return to the 36 Chambers: The Dirty Version wasn’t concerned with formula. It begins with an extended free form spoken word track in which ODB introduces himself, cries about getting gonorrhea, then sings an Andrew Dice Clay-esque spoof of “The First Time Ever I Saw Your Face” in a quavering, deep-throated croon. The record lets us spend an extended amount of time with the artist, and it reveals a man obsessed with STDs, the Great American Songbook, and a raw, off-the-cuff rhyming style that electrifies everything it touches. Almost 20 years later, it’s clearer than ever that this is no cheap laugh for hip-hop rubberneckers. This is genius, unfiltered. 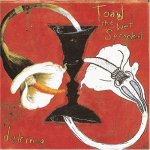 A band remembered mostly for its crappy name and a pair of wide-eyed jangle-pop love songs, Toad the Wet Sprocket’s only value in 2014 should be to the producers of I Love the ’90s: Everything Else We Haven’t Talked About Yet. Except for the fact that Dulcinea, the Santa Barbara group’s fourth album, is a lush, tender, literally quixotic triumph. Released three years after the band’s commercial breakthrough, fear, the record smartly refines the swooning, alt-rock hamminess of hits like “Walk On the Ocean,” adding delicate strains of folk and country that make the morose, clean riffage feel authentic. It was the perfect accompaniment to the spiritual bent of singer/songwriter Glen Phillips, ensuring that tracks like “Fly From Heaven” and “Reincarnation Song” remain humble in their inquiries. The result is a record with a much longer shelf life than fear, with songs that put us all in the shoes of Don Quixote, elegantly losing our minds with hopes of true love and a higher standard for humanity. 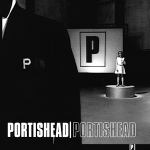 “Nobody loves me/It’s true,” mourned Beth Gibbons on Dummy, Portishead’s essential, trip-hop hall of fame debut. Three years later, the Bristol quartet’s perspective was a bit more refined, yet no less intoxicatingly dark. “All Mine,” the first single, practically has you thinking it’s an old-fashioned love song, with Gibbons singing, “When you smile/Ohhh how I feel so good” over horns that stab and accuse like a Bernard Herrmann Bond theme. The reverie doesn’t last, of course, with the vocalist taking her haunting, Nico-via-Kate Bush pipes into the upper registers to make a chilling prediction – “Make no mistake/You shan’t escape.” If the first Portishead record was about misery, this one was about Misery. Gibbons’ incredibly effective tone once again finds its soul mate in  producer/bandleader Geoff Barrow, who unleashes a gorgeous array of crackling, unsettling samples, somber keyboards, echoing drums and inspired scratching. It was a gift to lovers of torch singing, DJ Premier and all forms of gothic art, one generous enough to satiate listeners until the band’s next effort – 11 years later.

As a 15-year-old person in 1993 who loved AC/DC and Arnold Schwarzenegger in equal measure, it was a foregone conclusion that I would not only see Last Action Hero on its opening weekend, but also buy its soundtrack, which featured not only my favorite Aussies but other bands I loved like Queensryche (!) and Tesla (!!!). And lo, I loved both the film and its music. But I’ll never forget the moment track 10 of the soundtrack came on. It was a metal song, and thereby should technically have been in my comfort zone. But this was a practically riff-less, crazed dirge of a metal song, a song designed not to inspire head banging, a song that whispers to you to lie down so you can become mired in its ooze. The song was “Swim” by Fishbone, which was also the first track on this, its mindblowingly diverse and preposterously entertaining fourth album. Give A Monkey A Brain … may have been the first recorded work that taught me genre rules were imaginary. There was plenty of stunning, melodic metal, alongside the frenetic ska of “Unyielding Conditioning,” the primo Funkadelic-esque freak outs “Properties of Propaganda” and “Nutt Megalomaniac,” and a pair of avant garde punk breakdowns from singer Angelo Moore. Both “The Warmth of Your Breath” and “Drunk Skitzo” made me laugh after I picked my jaw up from the floor; today their energy remains totally addictive, but they read less like comedy, and more like profound expulsions of feeling. To say the least, the rest of the Last Action Hero soundtrack has not held up half as well.

If I was writing about Uncle Tupelo five years ago, I probably would have railed against contemporary country music in that ignorant way that people sound when they criticize something they’ve never given a fair shake. But a gig reviewing concerts for my local newspaper put me face to face with supreme talents like Miranda Lambert, Brad Paisley and Eric Church, and I discovered that there’s plenty of incredible songwriting and irresistibly breezy melodies in today’s country-pop. Still, I prefer the approach of bands like Uncle Tupelo and their eventual spawn, Wilco and Son Volt. And I think I know why – they sound like blue-collar guys singing blue-collar songs, whereas today’s average country single sounds like a pop singer delivering lyrics that were vetted for the blue-collar marketplace. (It’s why I can admit that a universal party song like “Red Solo Cup” is a masterpiece, while pretty much anything with “truck” in the title makes my skin crawl. There’s a disconnect.) Or maybe this album is just so good that it’s skewing the larger argument in my mind. March 16-20, 1992 was the purest ode to blue-collar American life laid to tape in the 1990s. From its bare-bones title to its embrace of musty standards like “Coalminers” and “I Wish My Baby Was Born,” this is Americana in the raw. It was recorded and produced in Athens, GA, by R.E.M. guitarist Peter Buck, but his smartest move was to pretty much stay out of the way, letting the songs feel captured, Alan Lomax-style. It’s the most in synch that Jeff Tweedy and Jay Farrar ever sounded, so much so that the record’s best, most emotional track is one where they just play together, the bucolic instrumental “Sandusky.”

Feel free to check out the whole list so far, and stay tuned for more of my unsolicited 1990s ramblings!