Hey, list fiends. Halloween is creeping around the corner like a scary ghost. Which means it’s time for a list about being scared about stuff. Last year we counted down the “funnest” horror movies of all time, exploring such feel-good titles as The Gingerdead Man and Sleepwalkers. This year, we analyze some pop culture that isn’t supposed to be scary, but still manages to make me pee in my pants a little. 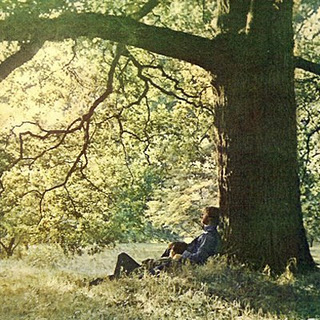 When I fell in love with John Lennon’s Plastic Ono Band, I was doing a lot of driving – my incredible girlfriend (now my wife) was going to school an hour and a half away, and I sped my Dodge Neon down there every chance I got. On one of these voyages, I heard “Hold On” for the first time. A sparse, sauntering lullaby, “Hold On” is a quiet moment on an album informed by scream therapy. But at the 1:08 mark, just as you start to settle into the song’s aesthetic, a gravelly voice flies out of leftfield, stating “Cookie.” When I first heard this, I whipped my head around in the driver’s seat, fully expecting to see a wild-eyed drifter in the back, making to stab me with a rusty switchblade. Turns out that was John himself, imitating Cookie Monster for reasons I still don’t understand. But that moment has stuck with me – when he sings “It’s gonna be all right” on the chorus, I’m not convinced.

There’s not much that isn’t frightening about Burlesque, the 2010 musical about a wooden small-town girl who flees to the L.A. of an alternate universe, where one can become a huge star as a burlesque performer, because the general public cares about burlesque. Christina Aguilera wanders through the shots like a lobotomy victim, Cher looks like a Madame Tussauds monster, and the songs are horrible, but those things are to be expected. Not so the scene where Aguilera’s excruciating flirtations with love interest Cam Gigandet come to a head – Gigandet does an extended strip tease that’s intended to be cute (enter the bedroom fully clothed, come back into the living room under some pretense but a little more naked, repeat). Then, just as we’re lulled into a catatonic acceptance of this sequence’s “romantic” endgame, Gigandet walks up to Aguilera with a box of Famous Amos cookies covering his dong. “Wanna cookie?” he asks. It’s gross. It’s nonsensical. It’s not even the funniest box of cookies that one could use to conceal their genitals (Otis Spunkmeyer, anyone?). When you’re done screaming, this is the kind of insult to your intelligence, and your sweet tooth, that lives on in your nightmares.

The daddy-daughter montage during the opening credits of Commando is intended to be the brief calm before the storm – because like any brilliant action film, this 1985 Schwarzenegger classic knows to get the character development out of the way as quickly as possible, and get right to the ass-kicking. But nothing in the ensuing shoot-em-up is as frightening as the beginning of this sequence, which finds an especially bulgy Arnold chopping wood. A shadowy presence approaches, and the music implies that this must be a bad guy. Arnold sees his enemy in the reflection of his axe, and at the last second, he spins around and … grabs his daughter Jenny, laughing and shaking her awkwardly. Is this a game they play, where the kid tries to sneak up on her father while he’s wielding an axe? It doesn’t matter, because now they’re goofing around at ice cream stands and feeding fawns in the wild. Still, although the entire premise of Commando is that Arnold loves his daughter so much that he’d annihilate an island nation to save her, you’ve gotta wonder if she’d be safer with the terrorists.

4. You WHAT into me?
Dave Matthews Band, “Crash Into Me”

Like most Dave Matthews Band ballads, “Crash Into Me” meanders along inoffensively, pairing pleasant open chords with loving sentiments like adult contemporary hits are supposed to. It’s exactly the kind of tune that shouldn’t have a chorus about having unprotected sex with Dave Matthews. “Crash into me/And I come into you,” Matthews warbles, making for one of the most uncomfortable and messy-sounding come-ons in rock history.

As if the concept of tripping human-animal hybrids with TVs for stomachs wasn’t creepy enough, Boohbah ups the ante on grotesque, oddly fascinating programming for babies. The Boohbahs are furry, fluorescent-colored creatures who look like mauled genitalia – bumpy oval heads peeking out of big furry sacks. When they’re not chanting “Booh-bah” like a children’s choir, they’re bobbing their heads up and down and making fart noises. Saying their names in a certain order is a surefire way to raise the dead – Humbah, Zumbah, Zing Zing Zingbah, Jumbah, Jingbah … 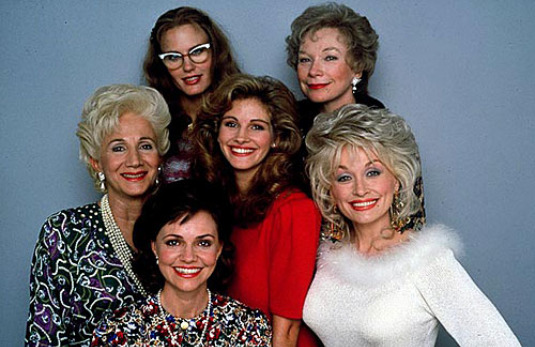 Southern women are sassy and strong. That’s basically the plot of Steel Magnolias. Even when one of them dies tragically, it only serves to underline the point that these ladies are more resilient than a million Tom Skerritts. So when Julia Roberts has a horrifying diabetic seizure in Dolly Parton’s salon chair, with Sally Field and Olympia Dukakis watching, it’s a harrowing chink in the armor of these superhuman Southern belles. But that’s not necessarily scary. What is scary is that Roberts looks like a tapeworm monster in this scene. Which probably explains why I curl up in the fetal position when I hear the words, “Drink your juice, Shelby.” 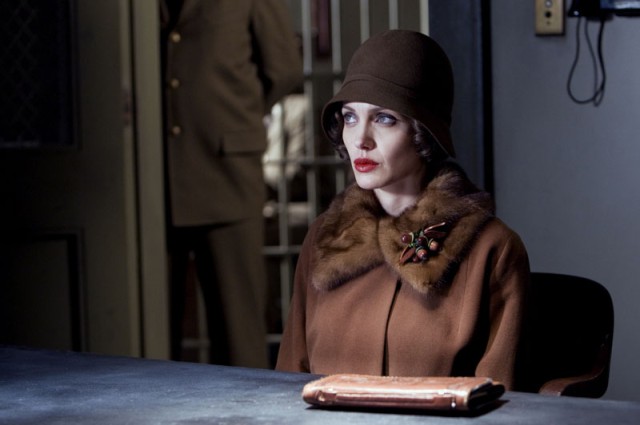 7. Did you kill my son?
Changeling

Some of the scariest sci-fi stories involve the alien takeover of human consciousness, from Invasion of the Body Snatchers to The Thing. How else can we explain how Angelina Jolie behaves in Clint Eastwood’s underwhelming 2008 period piece Changeling? She plays a woman whose child is kidnapped, only to have the authorities try to pass off some other kid as hers. You’d think there’d be some righteous fury here, something to give the audience the sense of catharsis that results in Oscar nods. But Jolie is bewilderingly robotic. When confronting the man who she thinks is her son’s murderer, the script requires her to ask the question “Did you kill my son?” about 400 times. And while Jolie tries to mix it up, first asking politely and then yelling it in the guy’s face, there isn’t a trace of human emotion to be found – by then, the pod people had completely taken over.