I haven’t posted in a little bit, I know. But don’t worry, I’m OK. In fact, I’m goddamn marvelous! My wife and I decided to pick up and move to Maine – Portland to be specific – and the breathtaking ocean vistas have made it hard to focus on how I feel about music and movies and stuff. Although I had a complete blast watching The Last Stand and am once again completely in Arnold Schwarzenegger’s sway. He’s the sheriff – of my heart. Anyways, let’s talk about some ’90s albums, shall we? It’s been a while since I left things dangling at #66 with Air’s Moon Safari. 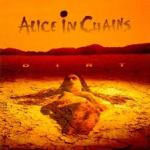 I’m trying to figure out how to say something different from my take on Pearl Jam’s Ten earlier on this list, but the experience of listening to Dirt for the first time in a decade was similar. But before I crap on your memories, let’s be clear – this is a great metal album, steeped in a malaise that came from a frighteningly real place. It provides moments of clarity that feel like blasts of pain poking through the anesthetic. Alas, not being a teenager anymore means Dirt is not an album I will reach for often. What can I say, I like my bleakness with a chaser of hope these days. Plus, like vintage Eddie Vedder, Layne Staley isn’t as infallible as I once thought. He can truly haunt a song, a la Ozzy Osbourne in his prime. But also like Osbourne, it’s the only setting he’s got. The moments where Staley’s tortured crooning inhabits Jerry Cantrell’s demonically beautiful guitar riffs – e.g. “Them Bones” and “Would?” – are what made Alice In Chains special, and there are enough of them here to make Dirt a classic.

To people who grew up on The Beatles, ELO and Cheap Trick, and then had to endure mainstream rock radio throughout the ’80s, Matthew Sweet’s Girlfriend must have felt like a warm hug from mom. Pairing feelings of elation and vulnerability with shimmering power pop riffage and stacked-high vocal harmonies, Sweet’s third album has a timeless quality to it (the song title “Winona” is the only clue that this is from the ’90s). The songs explore the creation and destruction of relationships in universal terms – love makes self-deprecating feelings vanish; somebody falls for a preacher’s daughter; a guy who thought he knew his girl realizes he was wrong. Without getting specific, Sweet turns phrases like knives – “You can’t see how I matter in this world,” he pleads amongst the beautiful wreckage of “You Don’t Love Me.” His kinda nerdy, straightforward tenor makes all of the sentiments feel genuine, those hooks still as fresh and addictive as a long gaze into the eyes of the one you love. 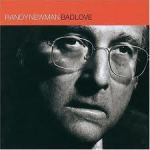 After 1988’s Land of Dreams, Randy Newman took a long break from traditional record-making to focus on film music (and his so-so Faust musical). I’d bet the 11 years between Dreams and Bad Love made for the most lucrative period of his career. You might’ve thought that all those Oscar nominations and Pixar paydays would soften the guy, that when he got around to recording another batch of songs, they’d be somewhat pleasant – even, dare I say, optimistic. But Bad Love isn’t just a work of caustic satire typical of Newman’s oeuvre. It’s the bitterest, saddest, most unflinchingly personal work of his career. The songs depict families falling apart in front of televisions, dirty old men cursing at women half their age, native peoples suffering and dying. Which would make for untenable listening if most of this stuff wasn’t also hilarious – especially “The World Isn’t Fair,” an open letter to Karl Marx that finds Newman acknowledging his good fortune by talking about how preposterously undeserving of it he is. Like most self-absorbed people, Randy’s incapable of change here, and we’re all the richer for it.

It’s impossible for me to listen to Deserter’s Songs without constantly comparing it to a record that came out a year later – The Soft Bulletin. Mercury Rev’s fourth record shared the same producer as that Flaming Lips masterwork, the brilliant and clearly influential Dave Fridmann. So it’s no coincidence that both records possess the same ambitious, slightly disorienting template, mixing lush, Nelson Riddle arrangements with quirky, contemplative musings, like a band used backing tracks for a Great American Songbook tribute to write songs about spider bites, or moles with telephones for eyes. But while they might be the same type of animal, these records are also different breeds – Deserter’s being one that prowls across much darker emotional territory. As singer Jonathan Donahue spins yarns about nightmares and doomed relationships with an unvarnished Neil Young yodel, Fridmann piles on the woodwinds, strings and saw solos like an old-time Disney composer. It’s a birthday cake with a scotch egg in the center, a walk to the gallows that runs through Martha’s Vineyard, an album with a title drenched in self-imposed loneliness that makes good on it in the most unexpectedly stunning way.

Gish is one of the most compelling debuts in rock history, and not just because it gives us an unfiltered look at what made Smashing Pumpkins one of the greatest arena-rock bands of the 1990s. It’s that in those very same qualities laid the seeds of the group’s demise. While by far the rawest recording that Billy Corgan has deemed acceptable for our ears, Gish is still marked by a proudly meticulous approach to rock record-making, its guitars layered richly to create walls of sound that envelop you with warmth, even while they strain your speakers to the limit. Of course, once Corgan got on the short list of successors to the Cobain throne and became obsessed with his own brand of stylized melancholy, the speaker straining stayed, and the warmth didn’t. And that just makes songs like “Window Paine” even more of a pleasure to experience in 2013 – a jaw-dropping ballad that features some of the most gorgeously punishing guitar playing of the ’90s. Hopelessly yearning for Corgan to make another record like this someday? That’s a worthwhile kind of melancholy.