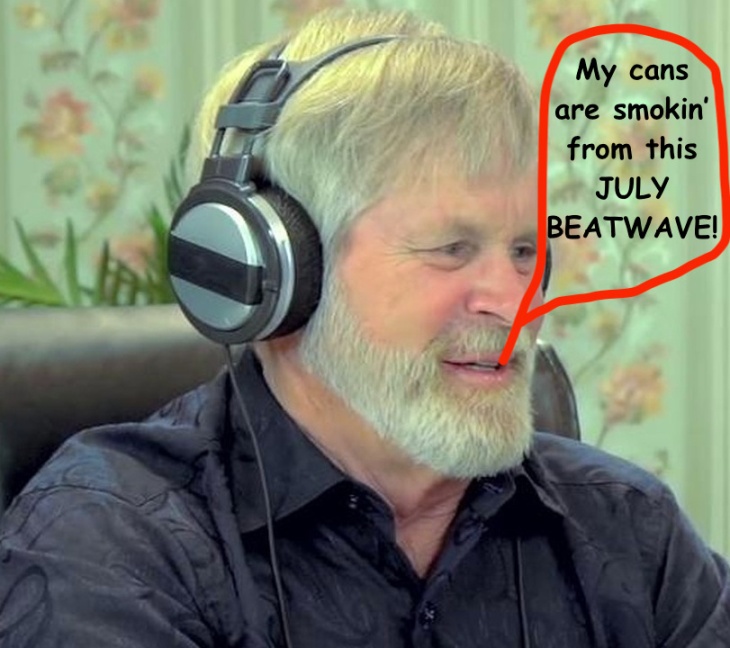 Here are my favorite tracks from July 2019, a month in which it got so hot that I would’ve killed to have a fever of 103º. (Foreigner, you had no idea.)

This delightfully suicidal sad-sack country jaunt from ex-Silver Jews frontman David Berman will have you LOLAL-ing (laughing out loud about loneliness): “If no one’s fond of fucking me / Maybe no one’s fucking fond of me.”

This optimistic Chicago newcomer is full of the kind of easy charisma that Chance the Rapper gave up for lent back in 2016. This track pairs him with Anderson .Paak in full guest-spot assassin mode, over a beat that sounds like The Neptunes producing “If I Ruled the World.”

“It feels so cold in here / I am just now realizing they don’t care,” belts Charli XCX on this triumphant dance-pop duet, using her social anxiety to fuel a flight to incandescent heights.

Nobody’s telling stories like Maxo these days. On this one, he raps about working at Panera Bread. It’s riveting.

Over an undulating swirl of ’80s synths and drum machines, Natasha Khan repeats the same two lines – “I love you / I feel for you.” Sometimes honesty trumps poetry.

The prolific garage rocker leaves the guitar in its case on this a cappella ballad, his unpolished harmonies trembling like emotions laid bare.

It’s been awhile since rappers leaned on straightforward funk loops to further embolden their swagger. Here’s proof they should do it more.

One of our most dynamic singer/songwriters seems to be going full, mid-’80s, peak-era Kate Bush, and I’m here for it.

Is there anything more metal than starting a song with 22 seconds of screaming? Sludge legends High On Fire have done this, and the effect is like one of those Benedictine Monk CDs from the ’90s. At around the :15 mark, the screams start to sound more like a chorus, beckoning us to a higher plane. And then the universe explodes.

“Old Town Road,” a country track recorded by a gay black man, is not just the longest-running #1 song in pop history. It’s a miracle of sonic science, mutating into different forms at all times, beginning with Billy Ray Cyrus’s savvy remix and moving on to inspire artists like Cupcakke, RM from the Korean boy band BTS, Young Thug, and possibly Dolly Parton. LNX’s song has more than a catchy Trent Reznor banjo loop going for it – its positivity and disregard for labels is even more of hook. How else could Thugga and the yodeling Walmart kid sound so damn good together? I hope it’s #1 forever.