And we’re back to our countdown of the most earth-shattering earworms of the 1990s. None of them are the earth-shattering worms from Tremors and Tremors 2: Aftershock, even though both of those films came out in the ’90s. Tremors 3: Back to Perfection and Tremors 4: The Legend Begins came out in 2001 and 2004, respectively, but both movies starred Michael Gross, best known as the dad from Family Ties, which ended in 1989, but was in syndication in the ’90s. 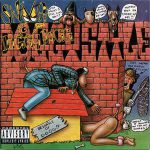 The first rapper we hear on this, the definitive statement from the California G-funk era, isn’t Snoop Doggy Dogg. Or Dr. Dre. It’s the forever slept-on Death Row mercenary The Lady of Rage, whose joyful, electrifying verse sets the tone for the record to come – “Kickin’ up dirt and I don’t give a god damn,” she spits. It’s an immediate sign that Doggystyle is going to be more fun than Dre’s iconic 1992 opus The Chronic. While that record was concerned with settling scores and establishing myths, Snoop’s is concerned with partying and making dick jokes. His laconic flow and youthful effervescence is the ultimate counterpoint to Dre’s bloodshot Funkadelic grooves. The opening salvo of “G Funk,” “Gin & Juice” and “Tha Shiznit” is a cresting wave of positive vibes that still makes me feel like I’m blissfully plastered, with the warm sun on my face. This is the record that should’ve been named after weed. 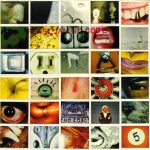 Even when Pearl Jam was conquering the world with sweeping arena rock anthems, they actively rejected the “arena rock band” label. They stopped making videos, fought Ticketmaster, defaced #1 albums with drunken accordions and bizarre sound collages. But it wasn’t until No Code that they actually stopped sounding like rock stars. It remains the band’s most patient and honest effort, with themes of spirituality taken to heart. What hits you at first is the eclecticism – Eastern melodies and spoken word and muddy punk all rubbing shoulders. But what’s endured are the ballads, some of the loveliest in ’90s rock. There’s no attempt to mask the weariness in Eddie Vedder’s vocals or Brendan O’Brien’s loose, shaggy production. Whether it’s the somber self-criticism of “Off He Goes” or the gentle country lullaby “Around the Bend,” we’re hearing musicians so exhausted by stardom, all they had left to do was be themselves.

I can think of no better example of sampling as an art form than Public Enemy’s third album. Of all the classics made during rap’s Wild West sampling era – before attorneys got wise to the fact that producers in this new genre were chopping up copyrighted material – Fear of a Black Planet has the most consistent, fully realized vision. PE’s production crew The Bomb Squad deploys 129 samples over the course of 20 tracks, leaning heavily on James Brown and Sly Stone breaks but also mining Prince, Uriah Heep, Sgt. Pepper’s, Hall & Oates, and Vincent Price’s laughter from “Thriller.” Amazingly, the album doesn’t sound like a collage or mash-up, because The Bomb Squad treats these samples like building blocks, just 129 of the instruments used to flesh out PE’s relentless, confrontational funk. This isn’t a wall of sound. It’s a skyscraper. And when the man rapping over it is Chuck D in his prime, his voice booming like timpani, full of righteous outrage and Afrocentric pride? You can’t imagine anything ever sounding bigger.

When an artist begins and ends an album with songs called “Do You Love Me?” it’s fair to wonder if he’s a bit starved for attention. When Nick Cave did this, on his eighth Bad Seeds album, he was 36 years old, prime crisis territory for a rock star. It could just be dark fiction from a master storyteller, but either way, Let Love In is a towering work about sin, regret and death – a Leonard Cohen album adapted into a horror movie. Cave litters his lyric sheets with defeated characters, wasting away in bars and planning their funerals. Sacred thresholds are violated left and right, by lingering devils, or lying politicians, or lovers who have to be let in like vampires. I find it telling that Cave gets nostalgic on a pair of twitchy punk tunes that sound like old Birthday Party B-sides. Over the churning, serrated guitars of “Thirsty Dog,” he apologizes like he’s got nothing to lose: “You keep nailing me back into my box / I’m sorry I keep popping back up.” It certainly sounds like he was worried his career was toast. And rather than denying these feelings of fear and vanity, he faced them head-on in his songwriting. Something that I, for one, will always love him for.

When a genre is as young as rap was in the ’90s, its elder statesmen are too. Q-Tip and Phife Dawg were only 26 and 25 when their fourth album dropped, but they were already done as influencers of the genre. By ’96, their jubilant, jazz-inflected Native Tongues movement was no longer a thing, with groups like Outkast, The Roots and The Fugees using it as a launchpad for their own signature sounds. Beats, Rhymes and Life succeeds by readily embracing all of this. Undeviating in its polished, radio-friendly approach, the record documents Tribe entering its accelerated golden years with ease. Never have they sounded slicker. And that’s not a complaint. Those trademark Fender Rhodes loops are even simpler and spacier. And the drum programming is just gorgeous. To this day I’ve never heard snares crack with such reassuring warmth, like pebbles hitting your bedroom window. As always, Tip and Phife float effortlessly through it all, resulting in some of the catchiest rap of the decade – especially “Motivators,” where Phife encapsulates the vibe with his typical conversational flair, “This here groove was made for vintage freestylin’ / Feelin’ like I’m chillin’ on a Caribbean island.” Moments like these make questions of age and relevancy feel silly, boiling hip hop down to a simple credo: When the beats are good, and the rhymes are good, life is good.