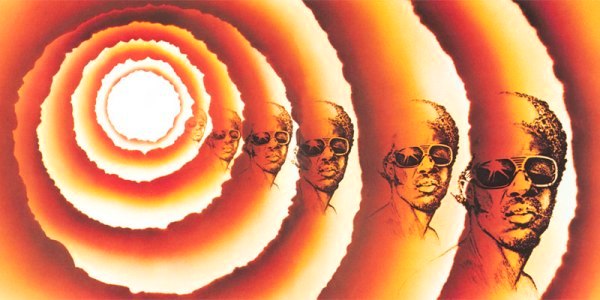 In a recent poll by the American Psychological Association, more than half of Americans say the 2016 election “is a very or somewhat significant” source of stress in their lives. You can include me in that group. The prospect of a President Trump has terrified me to the point where I turn into Baby Jane Hudson when I read Politico – every time I think about something nice, they remind me of bad things.

The APA’s tips on how to deal with election stress? Consume less media. Avoid talking about it. Do volunteer work. Try to have a more “balanced perspective.” I know I’m not doing any of those things from now until Tuesday, so I’ve decided to find a song that makes me feel better, that I can play on a loop until the fate of the world is sealed.

This was hard. Election stress isn’t the kind of thing I want to minimize or push away. So I went on a search for clarity through song, looking for an easily digestible, non-partisan explanation of how in god’s name we got here. When I couldn’t find a song called “America Hates Women,” I turned to the album that tends to have the answers to most things – Stevie Wonder’s monumental 1976 double LP, Songs in the Key of Life.

“Pastime Paradise” has a spiritual quality that goes beyond mere political protest. Built almost entirely of synthesized strings and light percussion, it floats into your eardrums like a Ghost of Election Day Future, warning us of the dangers of nostalgia. The lyrics are full of foreboding, yet Wonder cuts through the mood with a voice so pure, you can see to the bottom.

Wonder’s diagnosis of our country’s malady is 40 years old, but it rings true as ever: When we’re unhappy with the present, when the turmoil of our lives compounds with the turmoil on the news, it’s very tempting to retreat to our own private island of memory. A place where we can personally curate what to remember and what to ignore. A paradise where we are all-powerful. It’s when we see this paradise as truth that everything goes to hell.

On the bridge, Wonder lists the side effects of electing leaders who think it’s possible to not only live in the past, but to recreate a twisted and distorted past that only exists in the minds of one demographic. It’s a cheat sheet for the true meaning of “Make America Great Again”:

This razor-sharp sociology lesson alone would make “Pastime Paradise” a candidate for the Song of the Election. But Stevie Wonder is not a pessimist. After showing us the path to darkness, he turns his face to the sun, dreaming about the good things that can happen when we look toward the future instead. Acclamation. Salvation. Stimulation. Peace. As the song nears its climax, and Christian and Hare Krishna choirs add even more gravitas to the melody, Wonder makes a plea. And it’s here, in this moment, where my stress turns to confidence.

Let’s start living our lives
Living for the future paradise

On November 8, we can reject the lie that America was better when it was controlled by white men.  And when the day is done, our country will speak two words out loud for the first time. Two words that prove we’re closer to a future paradise for all: Madam President.