Beyoncé just released an excellent new record. It’s her fourth, and it’s called 4. In August, Lil Wayne is scheduled to drop the fourth installment of his Carter series. It’s called Tha Carter IV. And my script for the next Look Who’s Talking movie is called Look Who’s Talking IV. It’s about four babies sent to Earth by God to battle the Four Horsemen of the Apocalypse. Instead of “rapture,” they way “wapture!” Anyways, in the midst of all this four play (sorry), I thought it’d be fun to look back at some other notable fourth albums from artists who were too lazy to come up with a decent title:

The IV to rule all IVs. On top of mastering the fusion of metal and blues in ways both guttural and poetic, IV was also the ultimate Trojan horse for nerds – after the crazy sexy swagger of the opening cuts “Black Dog” and “Rock and Roll,” you get a mandolin-fueled ode to Tolkien’s Battle of the Pelennor Fields, the songbird and hedgerow reverie of “Stairway to Heaven,” and a track with “Misty Mountain” in the title. 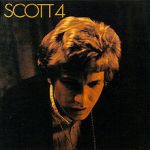 Another masterful fourth record, this one from a tortured U.S. expat whose stint as a teen idol and popular crooner in Great Britain left him feeling uncomfortable, and determined to bust out of his MOR shell. It was by far his worst selling album when it was released in 1969, but Scott 4‘s vivid imagery and gorgeous arrangements cast an enchanting gloom, one that profoundly influenced rock iconoclasts to come (Bowie, Pop, Cave, etc.). And if this one isn’t quite dour enough for you, Walker’s 2006 horror-opera masterpiece The Drift (#41 in my Top 100 Albums of the 2000s) makes Scott 4 sound like the Aladdin soundtrack.

Well, so much for good fourth albums. But as far as Foreigner goes, their 1981 smash possessed some of their more tolerable singles, especially “Urgent,” a decent bit of faux R&B that features one of the better rock and roll sax solos of a decade that was lousy with ’em. But you know what? Fuck Foreigner, because whilst doing research for this piece, I learned that they rejected the original Hipgnosis artwork for this album because it was “too homosexual.” The offending shot? A sleeping man with binoculars hovering over his head. Apparently, if it was up to Foreigner, they would be called “straightnoculars.” So, yeah, another reason why Foreigner sucks. 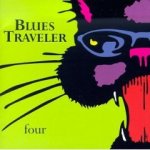 As a 16-year-old in 1994, it was in my contract to buy this album. And it wasn’t a bad move, especially when you consider that I purchased Jagged Little Pill a year hence. Blues Traveler were always better experienced live, where their knack for segues resulted in a show that kept the jam-band crowd happy while still pleasing those with actual musical taste. “Run-Around” remains a pleasant enough pop tune, but its follow-up single “Hook” was a more rewarding assemblage of fluttering harmonica over a cheerful Afro-pop guitar riff. Not revolutionary listening, but after many hours spent with Tesla in my Walkman, Four taught me that light and fun can sometimes trump heavy and dumb.

When asked why he decided to get his band back together in 2006 to make this album, Kip Winger explained, “One day I just woke up and heard the new Winger record in my head.” A fate I wouldn’t wish on anyone. 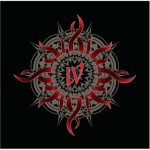 Godsmack might be even bigger dicks than Foreigner. Here’s drummer Shannon Larkin, talking about why they named their fourth album IV: “We have this security guy, a big, tough guy named J.C. He’s another Boston guy. And in Boston it’s ‘fou.’ … He’d be hanging around backstage and chicks would walk by and he would rate them from one to 10. But if it wasn’t a 10, there was no one, two, three, five, six.  It was always you were a 10 or a fou. He just pulled the funniest things. Sometimes, he’d just hold up four fingers and wouldn’t have to say it anymore and we’d all just bust out laughing. And then the funniest one, this guy walked by with a chick on each arm and he goes, ‘Hey, bub, two fous don’t make an eight!'” Ah, J.C. Always pulling the funniest things, like telling women that they’re ugly.