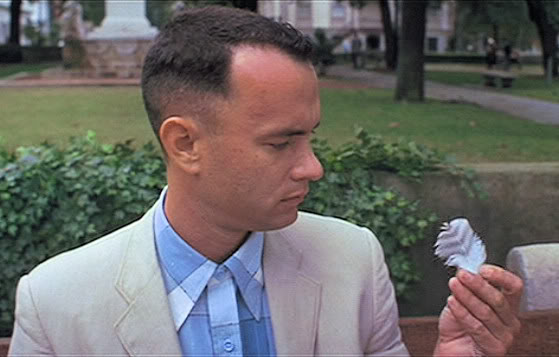 How can you tell I’m not a real movie critic, beyond my lack of knowledge and questionable writing ability? I care about the Oscars. In 1992, when Silence of the Lambs cleaned house, I was watching the event for the first time. And considering that Silence of the Lambs was pretty much the greatest movie I’d ever seen, I thought this award show was pretty cool (despite Billy Crystal’s insufferable bullshit). Since then, however, I’ve felt like Clarice Starling – horrified and fumbling in the darkness.

With Oscar season upon us – nominations will be announced on January 25, with the ceremony set for February 27  – I figured why not relive some of those horrible moments? Here’s my list of the five worst movies to win the Academy Award for Best Picture in my lifetime.

5. Shakespeare in Love (1998)
What if Romeo & Juliet was autobiographical? This is the concept behind Shakespeare in Love, a movie that would be inane enough if it didn’t poison a grade A cast with the likes of Gwyneth Paltrow and Ben Affleck. If whimsy’s what you’re after, there’s more than enough here to choke an ox.

What I was rooting for: The Thin Red Line. While I’m not one for war movies, and found Terence Malick’s meditative style a bit tedious, at least the thing was beautiful.

What I was rooting for: Brokeback Mountain. Thought I’d actually be happy this time, as a movie I adored was the odds-on favorite. I hadn’t learned my lesson.

3. Titanic (1997)
There’s usually something moving about characters who carry flames for a lost lover, deep into old age. But when James Cameron tried to find a common thread between this type of romance and one of history’s most epic tragedies, the result was as unfeeling as the iciest of Arctic waters.

What I was rooting for: L.A. Confidential. Even though Russell Crowe is a walking cliché, it’s film noir done right.

2. American Beauty (1999)
In the real world, when a middle-aged man gets his mid-life crisis Corvette, it’s embarrassing. In American Beauty, when he does this times 100, he’s a hero. And beyond telling us to worship at the altar of the male ego, the movie teaches us a valuable lesson about closeted homosexuals: They will murder you!

What I was rooting for: The Sixth Sense. One of the most imaginative ghost stories I’ve ever seen; the best of a very weak field.

1. Forrest Gump (1994)
A man does whatever he’s told – including going to war – without once questioning if it’s in his best interests, and lives an impossibly exciting life. A woman fights for what she believes in, and dies of AIDS. I’m pretty sure Dick Cheney wrote this.

What I was rooting for: Pulp Fiction. Like, duh.