I can’t claim to understand why the Oscars are taken so seriously. How could a voting body honor the likes of Crash, and still be given control over the conversation of what movies were great in a given year? The Oscars lionize as much tepid, whitewashed pablum as the Grammys, but the former remains an Event, and the latter is a punchline. It makes no sense, but I have to admit, I love that unearned cred. I love that my wife and I are planning an entire weekend around the Oscar broadcast, that I’m going to try and make fancy appetizers, that we actually watched The Imitation Game so we could marvel at its foolproof Oscar formula (British accents + misunderstood genius plastering pieces of paper to a wall + moment where a bunch of people say “if you fire him, then you’ll have to fire me” = nominations galore). I love that Birdman could win Best Picture on Sunday, and that some small, illogical part of me will actually be upset. On a certain level, I will care that a stylized PSA about the plight of famous American actors (who sometimes get bad reviews and aren’t taken seriously, poor dears) will go down in history as declaratively better than Selma. I don’t care about sports, but maybe this is why people love them – to have a pony or two in the race, and to be emotionally invested in how they do, regardless of how little sense that makes.

Anyhoo, I’ve put together a list of what I would nominate for the Best Picture of 2014. And goddammit, it’s because I care. 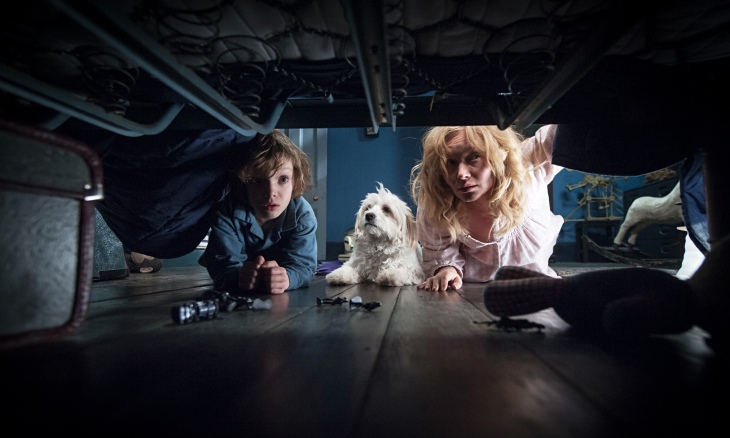 First-time director Jennifer Kent enters a realm of psychological horror in which Stephen King would feel downright cozy. The titular meanie is a horrifying Edward Gorey character gone mad, and as it jumps off its pop-up pages to infiltrate the lives of Amelia and her son Samuel, the frayed nerve endings of their shared family tragedy are painfully exposed. An allegory for the grieving process, and an exploration of how goddamn hard parenting can be, Kent’s film isn’t afraid to show its soul, and is all the more terrifying for it.

On top of being a way to describe a feeling of utter desolation, “blue ruin” is also an archaic term for low-end gin. And in Jeremy Saulnier’s elegantly brutal, Kickstarter-funded thriller of the same name, his main character would’ve been better off medicating the former with the latter. Instead, Dwight Evans – played with quiet, schlubby intensity by Macon Blair – spends years planning revenge on the man who killed his parents. When his target is released from prison, this plan immediately goes to hell. From that point forward, the tension heightens in direct relation to the vacancy in Blair’s eyes. There’s no such thing as payback here. There’s just bankruptcy. 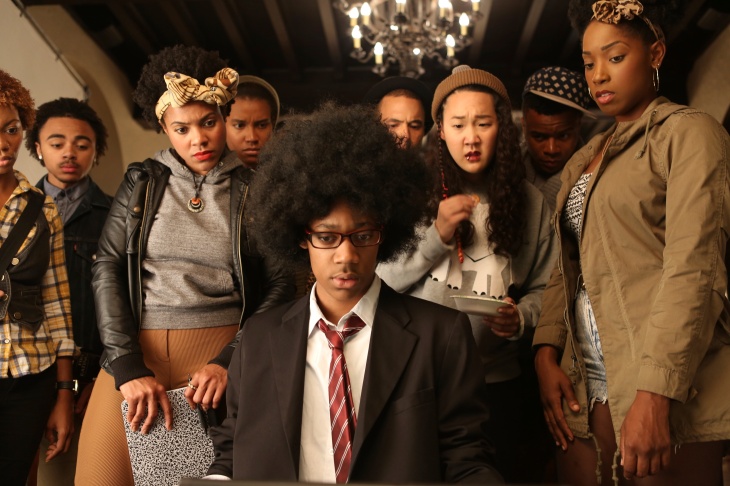 Using a college campus as the setting for an exploration of 21st century black identity and white privilege – as well as the ways that social media, reality TV and family dynamics can promote the distortion of self – writer/director Justin Simien illustrates the frustrations of living in a deeply prejudiced society that really wants to believe racism isn’t a thing anymore. Weaving through the sharp Spike Lee callbacks and slobs vs. snobs satire are Sam White and Lionel Higgins (Tessa Thompson and Tyler James Williams, both terrific). Both are hiding elements of themselves, whether it’s underneath some passionate rhetoric or an unruly afro. And both reach new levels of self-confidence at a gruesome, hip-hop-themed frat party (whose basis in reality makes it all the more sickening). These character arcs form the backbone of Simien’s film. Their sweet triumphs are also his.

When I first saw the trailer for The Grand Budapest Hotel, it looked like it was gonna be little more than an airy romp – a clever slapstick period piece set in a hotel that looks like a big pink layer cake. I feel for whoever had to cut that thing. Because this is writer/director Wes Anderson’s most ambitious story. He flexes his writing muscles more than ever, stacking flashbacks like nesting dolls until we’re back in 1932, watching wide-eyed lobby boy Zero Moustafa (Tony Revolori) and kinetic concierge Gustave H. (Ralph Fiennes, in a hilarious, tender, career-best performance) operate the titular hotel in its prime. What follows is epic and basic, funny and tragic, violent and sweet. But most of all, it’s romantic, in a way that transcends ornate set designs and vengeful Dafoes and vicious Nazi stand-ins. The Grand Budapest Hotel is one big celebration of that moment when you know you’ve found your person. With plenty of cake to go with it.

It’s crazy that until last year, nobody had made a major motion picture where the main character was Dr. Martin Luther King, Jr. But it just takes one look at the ongoing criticism of Selma’s portrayal of Lyndon Johnson to understand why. These people prefer their condemnations of racism to come from the mouths of white saviors, and Hollywood’s compliance to those expectations has resulted in big box office (The Help made $169 million domestic). Which just makes Selma feel all the more masterful. Director Ava Duvernay has made a movie that – god forbid – credits King for the civil rights victories of the 1960s, by focusing on one event in his life, in a clear, measured way that avoids typical biopic lionization. It’s what Spielberg couldn’t quite pull off with Lincoln – a film that humanizes an icon by jettisoning easy re-enactments in order to focus on how the historical sausage was made. Instead of the typical loaded flashbacks, or they-feel-this-way-and-so-should-you shots of awe-inspired followers, Duvernay shoots meetings between organizers, arguments between planners. She directly addresses King’s marital infidelities. She gives as much screen time to his moments of doubt as his inspirational speeches. She gets a brilliantly subdued performance out of David Oyelowo that never feels like an impression. She depicts the voting rights marches that give the movie its spine with brutal clarity, and haunting relevance. By tackling one of the most emotionally charged moments in our nation’s history with a cool, even hand, Duvernay has made an MLK movie with a distinctly MLK sensibility. 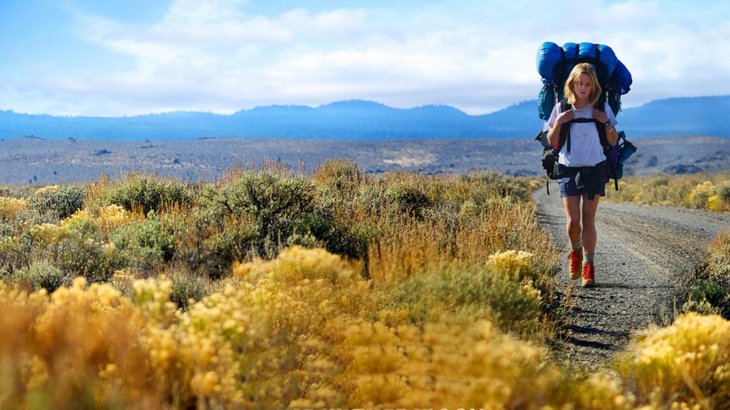 This adaptation of Cheryl Strayed’s 2012 memoir takes the concept of a redemptive journey quite literally. Writer Nick Hornby and director Jean-Marc Valleé let the metaphors fall where they may as we follow Strayed (Reese Witherspoon, in a rich performance that makes her Oscar-winning turn as June Carter Cash feel like a cartoon) through a 1,000-mile hike on the Pacific Crest Trail. The vastness of the landscapes speak for themselves. As do the moments of toenail sloughing pain, and the unspoken, ever-present threats from the men Strayed meets in the wilderness. Through artfully deployed flashbacks, we learn the driving forces behind Strayed’s journey, in bits and pieces. Her mother, and her emotional bedrock, dies, and Strayed spirals into self-destruction. This backstory is treated with the same restraint as the main trekking narrative, giving us just enough of a glimpse to make a connection. Throughout, Wild is content with showing, and moving on. “How wild it was, to let it be,” muses Strayed as she nears her journey’s end. Here’s a film that takes that line to heart.