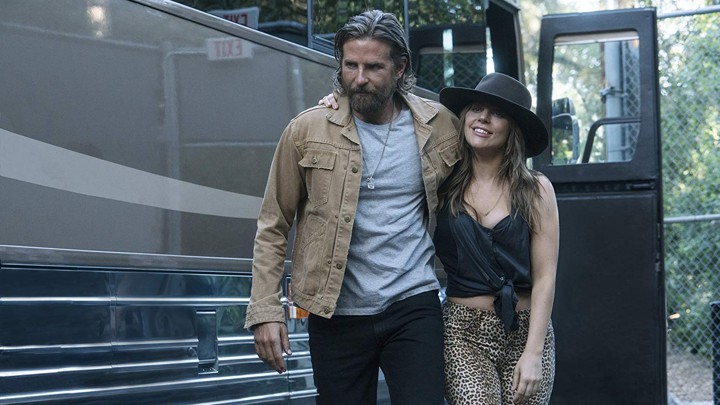 As a part of my yearly compulsion to watch as many Oscar-nominated movies as possible, my Januaries and Februaries are jam-packed with biopics, melodramas, and movies about how magical movies are. As part of this year’s neurotic box-checking, I held my breath and pressed play on A Star Is Born, a straightforward story about a woman getting famous and dealing with a jealous-ass dude. If it sounds familiar, that’s probably because this version is the third reboot of the 1937 original. Why did director and star Bradley Cooper feel compelled to revisit this well-tread ground? Because Oscar voters adore well-tread ground. (And because he’s into Eddie Vedder cosplay.) Here’s what else this perfectly mediocre prestige picture has taught me:

1. Women can’t succeed until a man tells them they look pretty.

Our movie begins with Bradley Cooper’s booze-soaked rock star character, Jackson Maine (ugh), telling his driver to drop him off at the nearest bar, which happens to be a drag club. The drag queens give some precious stage time to their friend Ally (Gaga), who does a spirited sendup of “La Vie En Rose” that showcases her obvious talent. Maine invites Ally out for a drink after. And over the course of their rambling first date, she reveals that she’s never believed in herself because of insecurities about her looks. She’s resigned to a life working as a caterer with her Gay Best Friend™ and living with her dad. But then, Maine tells her she’s pretty. A few months later, she’s a star.

I don’t know if I can claim to have learned this, because I have no idea what it means.

One of the most fantastical parts of this sweeping Hollywood romance is that a passable Southern rock performer would be not only a massive, universally recognized star, but a star-maker to boot, in 2018. I can suspend disbelief on this – he’s got great hair, and Blake Shelton does exist. But I can’t abide the movie’s weird obsession with romanticizing Maine’s musty genre. When Ally starts making pop music, it’s portrayed as a betrayal of Jackson’s gritty artistic ethos. As if music with guitars is somehow more meaningful. As if the actor playing Ally isn’t living proof that dance music inspires millions. Jackson Maine is an old crank muttering “disco sucks,” and the movie doesn’t have the decency to mock him for it.

Way too much of A Star Is Born’s running time is devoted to Jackson & Ally performing. And that’s by design – much like fellow Best Picture nominee Bohemian Rhapsody, this glut of concert/studio/rehearsal footage works to distract us from the underdeveloped main characters. Jackson & Ally’s relationship is pretty much a tire fire from the beginning, her love being no match for his alcoholism, unresolved anger toward his father, and out-of-control jealousy. But we only get an occasional glance at this dynamic, in between extended music videos of the film’s sturdy-enough original songs. So when the movie (82-year-old spoilers ahead) takes a dark final turn, it feels completely unearned. Not that I’m complaining – I needed those musical distractions to get me through. In fact, let’s insert Lady Gaga and Freddie Mercury performances into every misguided modern drama! Just imagine if Three Billboards Outside Ebbing, Missouri spent less time trying to get us to empathize with a racist cop, and cut to a vintage performance of “Somebody to Love” instead.