In 1996, things weren’t exactly going Jeff Tweedy’s way. It’d been a few years since the nasty breakup of alt-country pioneers Uncle Tupelo, and Tweedy’s new band wasn’t doing as well as his old partner Jay Farrar’s. So he literally doubled down, recording a double album and refusing to budge when his label balked. He called it Being There, after the 1979 Peter Sellers movie about a clueless man named Chance who floats to the top of society. “Misunderstood,” the album’s first song, starts as a ballad about not belonging, and ends with a thunderous punk catharsis: “I wanna thank you all for nothing!” It’s Tweedy trying the Chance method of getting famous, sharing what’s on his mind and letting the chips fall where they may. It’s selfish, and dynamic. But thankfully, Being There isn’t all vitriol. The brilliant multi-instrumentalist Jay Bennett joined Wilco for these sessions, burnishing every track in some way, be it a ringing pedal steel note or a heartfelt backing vocal. And Tweedy full-on embraces his love of classic rock, from the shameless Stones rip-off “Monday” to the T. Rex boogie of “I Got You.” He may have missed the point of that movie – Chance is a stand-in for every idiot who’s coasted to the White House on white male privilege – but he made himself a masterpiece all the same.

There’s something inherently rewarding about talented people not taking themselves seriously. Like Meryl Streep playing an ego-drunk Danielle Steele villain in She-Devil. Or Werner Herzog narrating an episode of Parks & Recreation. Or a quartet of accomplished dancers forming a goofy rap group called The Pharcyde. After landing a record deal on the strength of a song full of mom jokes (e.g. “Your mama’s got a peg leg with a kickstand”), Fatlip, Slimkid3, Imani and Bootie Brown poured all their youthful energy and comedic chops into Bizarre Ride II the Pharcyde. Whether they’re rapping about getting high, or arrested, or ignored by a woman, their rapid flows, class-clown antics, and legitimate moments of clarity formed the backbone of a record that was so much more than funny. These guys were smart enough to avoid the kind of wooden sketch comedy that marred many a ’90s rap album – instead, they freestyled about hypothetical presidential power over a vamping live band. Oh, and did I mention Bizarre Ride is a clinic in sample-based beatmaking? J-Swift’s celebratory, jazz-inflected production has aged wonderfully – it’s entirely possible the inventor of the confetti gun was listening to it when inspiration struck.

Sire Records had no idea what to do with Rheostatics’ fourth album. Even though it featured “Claire,” by far the biggest hit of this Ontario cult quartet’s career, Introducing Happiness was a carnival of clashing ideas – the deep cerulean of a sci-fi ballad, next to a lime green fever dream of a giant hummingbird, blurring into the mercury-silver glow of a jazz ode to the Russian lunar cycle. Factor in singer Martin Tielli’s anti-Vedder quaver and guitarist Dave Bidini’s explosive, angular noodling, and the Buzz Bin probably felt out of reach (although the Flaming Lips, this band’s closest American counterpart, managed to pull it off). Who cares about this 24-year-old industry context, you say? Well, you may have forgotten just how deeply odd, and disarmingly pretty, this album is. You may have forgotten about “Cephallus Worm/Uncle Henry,” which sounds like a room of amateur impressionists covering “Purple Haze” through a fog of nitrous oxide. You may have forgotten about lines like “I’m dripping water on your gills / You’re such a beautiful thing.” These guys had been given a second chance to prove themselves as a commercial force, and this is what they made. God bless them. 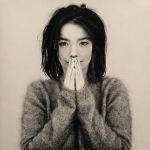 There’s a moment on Björk’s solo debut where we get a chance to step back and truly take stock of what we’re hearing. In the middle of the deliriously catchy raver “There’s More to Life Than This,” the singer pulls us out of the club – a door slams, muffling the music behind it. It’s a disorienting experience; I thought my speakers had shorted out the first time I heard it. But before I could start messing with the wires, Björk was singing again, in full-throated a cappella – “We could nick a boat / And sneak off to this island!” When the beat comes back, it’s a whole new kind of high. This, right here, is what it was like to listen to Björk in the ’90s. Anytime we thought “perfectly enjoyable” was good enough, we felt a pull at our sleeves, away from complacency and toward a previously unimaginable Icelandic adventure. Debut isn’t quite as richly layered as her future triumphs, but the building blocks alone make it a classic – the insanely creative techno production, the vintage movie musical balladry, a voice with a majestic ornithology all its own. There’s more to life than this, but only because Björk’s next album was even better.

In the summer of 1997, Bob Dylan was hospitalized with a fungal infection that was attacking his heart. He’d already had his 30th album, Time Out of Mind, in the can by then. Its songs weren’t inspired by this particular crisis. But it’s a haunting, melancholy struggle just the same – a man on the verge of becoming a boomer relic, coming to terms with the mortality of his mind and body. Here was rock’s most renowned lyrical obfuscator, writing with eerie clarity about failed marriages, stale hopes, and looming shadows. “I got no place left to turn / I got nothin’ left to burn,” he sings on “Standing in the Doorway.” He’s spent. But ironically, Time Out of Mind was Dylan’s most fulfilling work in decades. With producer Daniel Lanois back in the fold – he produced Dylan’s underrated 1989 album Oh Mercy – these songs of woe get the sonic TLC they deserve. From the ominous, echoing organ of “Love Sick” to the sauntering blues vamp that makes the 16-minute “Highlands” feel like a reasonable length, Lanois’s warmly evocative touches remind us that while the narrators are alone, the musicians are anything but. “It’s not dark yet / but it’s getting there,” Dylan confesses. His talent has rarely shone brighter.