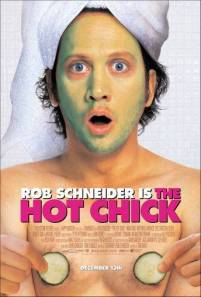 My wife and I were both feeling a bit under the weather, so we thought we’d opt for the dumbest comedy we could find. And when Rob Schneider’s face popped up on our TV screen, cucumbers covering his nipples, his face covered in a mud mask and a “What did I get myself into this time?” expression, we thought we’d found just the right level of idiocy. But after about 20 minutes of The Hot Chick, we were scrambling for the stop button. Here’s the premise: An ancient Abyssinian princess is betrothed to a horrible prince, and escapes her fate by using a pair of magical earrings to switch bodies with her servant. 2,000 years later, these same earrings end up in a New Age Creations-like store at the mall, where they’re shoplifted by a valley girl, who then ends up switching bodies with Clive Maxtone, a mentally disturbed petty thief who fills his bag with nacho cheese when there’s not enough money in the cash register. Adam Sandler shows up at the beginning, as a dreadlocked employee of the mall store, only to blatantly rehash the “you can put your weed in there” SNL sketch, which wasn’t all that funny in the first place. We didn’t last long enough to see what kind of wackiness ensued, but based on the movie poster, I assume it’s a bunch of lightly homophobic gags about how funny it to watch a guy doing girl stuff. 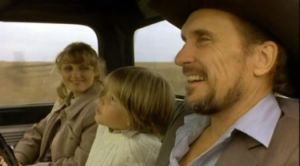 After feeling burned by the comedy route, we took a 180 and checked out this tranquil country drama. While I haven’t seen the much-ballyhooed Crazy Heart, it must be indebted to this powerful character study from director Bruce Beresford. The story of an alcoholic, washed-up country singer who tries to come to terms with his past, with the quietly intense love of a county road motel owner  lighting the way, Tender Mercies could easily have gotten out of hand dramatically (see Exhibit A). But thanks in part to a career-defining turn from Robert Duvall as the main character, Mac Sledge, this is a story of redemptive strength that plays things close to the vest. Awash in craggy, knowing looks, his weathered voice rarely rising above a mumbled twang, Duvall inhabits the space of a guy who’s seen it all, and isn’t all that interested in seeing any of it again. Horton Foote’s Academy Award-winning screenplay is full of simple, profound backs and forths, including the one of the sweetest and most matter-of-fact marriage proposals you’re bound to see. During one of Mac’s bouts of anger, he goes to a bar/restaurant, where he bristles at the waiter’s questions, snapping, “I don’t know what I want yet.” But by the end, as he tosses a football with his stepson, you get the sense that he’s changed his answer. 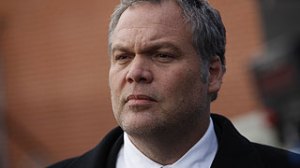 Few things in life are as formulaic as an episode of Law & Order, and the same can be said of its offspring. Criminal Intent, however, is the only version that landed Vincent D’Onofrio, whose performance as Detective Robert Goren crackles with a spastic vulnerability that’s deeper than any L&O character deserves (I will not suffer Chris Noth). Still, everything else is much the same – some unsuspecting folks stumble upon a body, the first suspect isn’t guilty, somebody who shows up for a short period of time early on ends up being the killer, and, of course, they always catch him/her. But there’s something soothing about all of this predictability – if I’m having trouble sleeping, an episode of CI works like a lullaby.