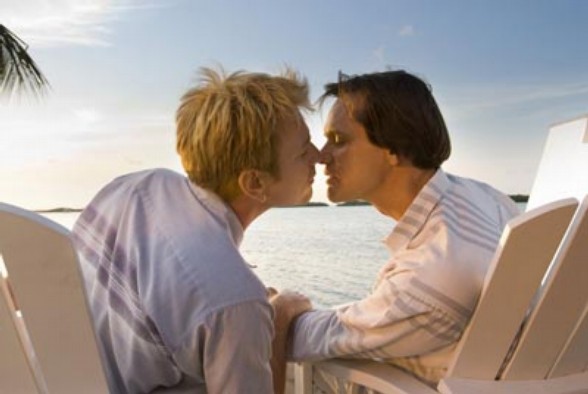 America loves a good con man. And damn, does America love Jim Carrey (even Yes Man made $97 million domestically). So why was it so damn hard to find a U.S. distributor for Carrey’s whimsical con man romance I Love You Phillip Morris? Well, because America doesn’t exactly love gay people.

Carrey plays Steven Russell, a real-life shyster genius who broke out of prison four times, in increasingly imaginative fashion, for the express purpose of reuniting with his lover, Phillip Morris (played with Southern Belle-ish innocence by Ewan McGregor). It’s an outrageous true story, in the sense that Russell was outrageously sociopathic and the Texas authorities were outrageously stupid. But U.S. distributors found the romance to be the outrageous part, and as a result, a movie that was screened at Cannes in 2009 didn’t hit American screens until the end of 2010.

I’m just happy the thing got released at all. It’s the first comedy of Carrey’s career that isn’t dominated by the star’s rubber-faced gesticulating – a credit to first-time directors Glenn Ficarra and John Requa, who clearly have a knack for black comedies with hearts of gold (they co-wrote Bad Santa as well). It would’ve been fun enough to just watch Russell commit insurance fraud, launder money and impersonate attorneys – when he recklessly improvises in a judge’s chambers, you really realize you’re rooting for him. But I Love You Phillip Morris is more generous than, say, Catch Me If You Can, giving us clever jabs at corporate America, warm and fuzzy memories of dong-shaped clouds, spirited middle fingers to the man, and brief, tender glimpses of two people in love.

Yes, Carrey’s lack of subtlety is problematic at times, if only because it triggers memories of talking assholes. But Steven Russell was anything but a subtle dude. If the opposite were true, he wouldn’t have gotten caught so easily, and the most outrageous thing about this story – an injustice of a life sentence – might have been avoided.