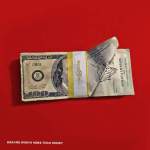 Some rappers are brilliant because they make it look easy: the hooks spill out like involuntary actions, the rhymes feel naturally occurring. Meek Mill is not one of these rappers. After parlaying hard drives full of mixtapes into a spot on Rick Ross’s Maybach Music Group imprint in 2011, Meek has made a name for himself seemingly out of sheer will. Unlike other rap stars in 2015, his voice is indistinguishable, and his rhymes don’t give easy places to land. But like J.K. Simmons, or Andrew Carnegie, or Oprah, Meek has achieved a level of pop stardom by being more intense then everyone in the room. Over the course of his hugely successful trilogy of Dreamchasers mixtapes, Meek defined what it meant to “go hard,” attacking beats like a racecar with a broken gearshift, overwhelming us with horsepower. Dreams And Nightmares, his 2012 debut LP, wasted a heart-stopping opening by trying too hard to cross over (e.g. Kirko Bangz was on it). And now, with his second official album, he’s taken a real step forward. Other than a skippable late-album ballad, Dreams Worth More Than Money is pretty much everything you’d want from a mainstream Meek release. Savvy potential hits are overshadowed by a bunch of tracks with chips on their shoulders, made for a guy who sounds like he leaves blood on the mic.

The opening “Lord Knows” employs a Mozart choir sample to chilling effect, yet it pales in comparison to Meek’s previous opener – “Dreams And Nightmares,” with its spine-tingling mid-song shift, is one of the best track ones in 21st century hip hop. The unfavorable comparisons end there. “Classic” employs a sparse blues piano loop that’s just the right kind of wink and a smile to make Meek’s Pat Sajak reference go down smooth. And then Swizz Beatz comes in on the chorus with fistfuls of smelling salts: “Police ain’t respecting the youth / And the youth ain’t respecting the truth.”

Refreshingly, the pop songs don’t feel like compromises this time, especially the playful, two-sides-of-a-conversation Nicki Minaj duet “All Eyes On You” and the insidiously catchy Drake collab “R.I.C.O.” Drake is the best example these days of a brilliant emcee who makes it look easy; perhaps it’s no surprise that a workhorse like Meek has been accusing him of plagiarism lately. Either way, here’s hoping they can somehow keep making songs like this and the Dreamchasers 2 cut “Amen”. Regardless of who’s writing it, Drake’s brand of sugar mixes beautifully with Meek’s defensive grit.

Most importantly, the record serves up plenty of peak mixtape Meek: stripped airy beats acting as counterpoint to the emcee’s grave, sweat-soaked boasts. “You ever wash out your drawers on the same water you shit / Doing your push ups right on the floor where you piss?” he asks on “Ambitionz,” with producer Boi-1da’s piano notes floating like ash in the background. Along with the equally haunting “I Got the Juice”, and the relentless banger “Check”, we’re given plenty of time with Meek in his element, rapping so hard, and with such belief, that even the instruments need to step off. “Check” is three synth notes and a huge beat, and the rapper makes it feel more orchestral than “Lord Knows,” more addictive than “R.I.C.O.”, more necessary than the massive paydays of its title. For three minutes and 14 seconds, at least, drums are worth more than money.